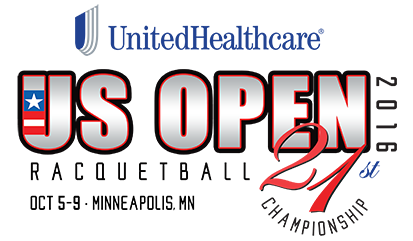 Seven hundred and twenty five racquetball players gathered in Minneapolis, Minnesota for the 21st annual United Healthcare US OPEN Racquetball Championships. The players entered eighty nine different divisions, which included options for playing based on skill level, age, age and skill level, doubles, mixed doubles, and more.  Twenty three racquetball players that lived in Georgia at the beginning of the year (one moved to Florida over the summer) represented at the event and earned the respect of their peers!